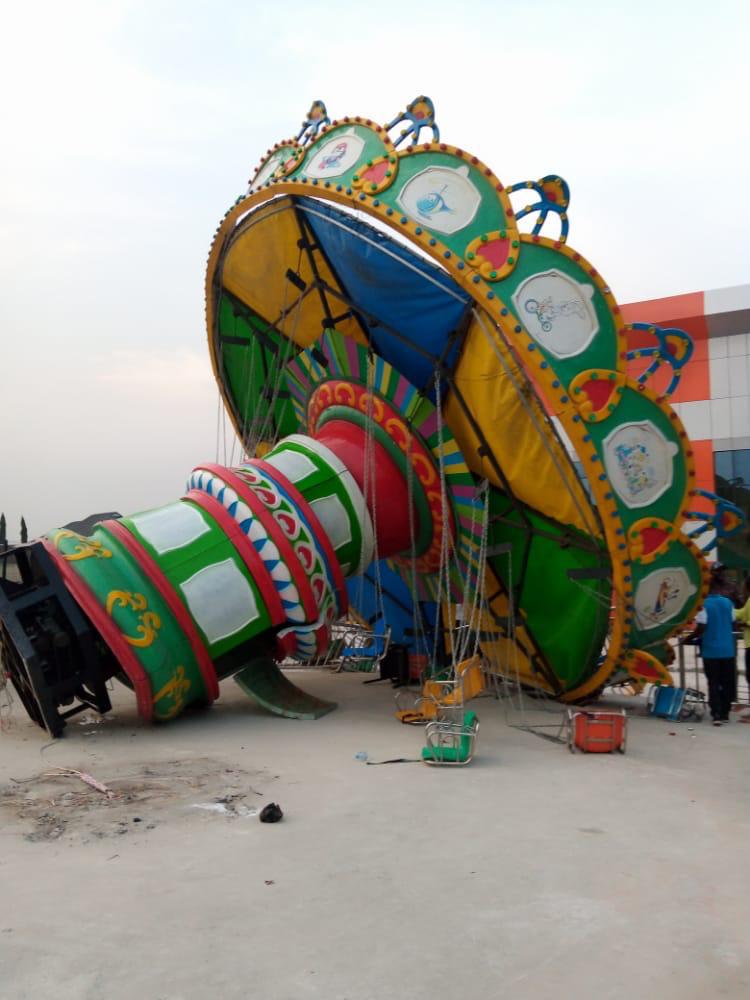 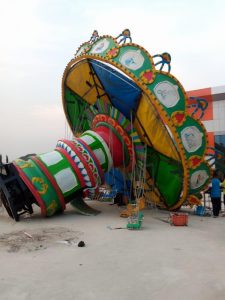 Law graduate of Rivers State University (RiSU) and fashion entrepreneur, Ms. Ibinabo Lolo Briggs, is suing TCK Family Park (RutaLand) for wanton negligence, after surviving a near fatal accident on New Year’s Day which occurred while she was aboard RutaLand’s flying chair ride. The ride collapsed without warning due to faulty servicing/maintenance, leaving Briggs injured, traumatized, and devastated by the loss of her valued property which was destroyed in the accident.

“RutaLand” is a derivative name taken from the Greater Port Harcourt City locale, along Eneka road, Igwuruta, where TCK Family Park is sited. The amusement park was opened on 24th December, 2020, boasting a variety of recreational facilities which are expected to be in good working order. Yet, the flying chair ride which is one of the main attractions in RutaLand was always potentially hazardous to guests. 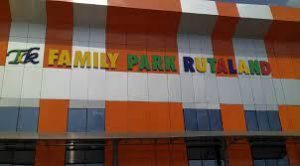 Briggs, had visited RutaLand with some friends at around 5 p.m. on 1st January, 2021 to mark the New Year’s Day. The outing soon turned into a disaster when she entered one of the amusement park’s rides. Shortly after the flying chair ride was activated by RutaLand’s stationed operator (who had fastened every riders’ seat belt, including Briggs), the whole structure collapsed. Hurled from several feet up in the air where the riders were being propelled at high speed by that defective ride, Briggs suffered the blunt force trauma of her impact with the concrete pavement in RutaLand, sustaining multiple injuries even as the heavy metal structure of the ride went crashing down on her. In the mayhem of the accident, her clothes were badly torn in several places and her newly purchased iPhone XR was also lost and/or destroyed.

After her rescue from under the debris of the collapsed ride, despite her bruised and battered body, Briggs persistently drew her injuries and the loss of her property to the attention of RutaLand officials at the scene, including the Park’s manager. Shockingly, TCK Family Park did not administer first aid to any of the crash victims. Then after much delay, the park later conveyed them in a Trinitate school bus to a hospital where the victims were given just painkillers and left to cater for open wounds, bruises and swellings themselves. The Park’s management also collected Briggs’ phone receipt, with a promise to replace her damaged property which it never did.

On 2nd January, 2021, TCK Family Park published an apologetic statement about the accident on its Facebook page, blaming the faulty operating and servicing of its flying chair ride on an unnamed contractor who the park claimed to have disengaged. Days later, when Briggs kept insisting on compensation for her personal injuries and losses, especially the replacement of her phone that was lost/destroyed in the accident, the Park took down the Facebook post in an attempt to bury the incident and cover its tracks.

Ms. Briggs had previously written to the park in respect of her personal injury claim. But after that letter got no response from TCK Family Park, Briggs retained DELVERS, a Port Harcourt based firm of business and arbitration attorneys, to amplify her demands. In a letter dated 19th January, 2021 Briggs’ Legal Counsel, threatened to file a N50million suit for damages arising from the Park’s wanton negligence and refusal to meet Briggs’ reasonable demands for compensation and replacement of her valued property that was destroyed in the accident.

In a swift volte face of a response, TCK Family Park ‘lawyered up’ to deny any negligence on its part, arguing that Ms. Briggs was at fault for the flying chair ride accident. Having taken down its Facebook statement of 2nd January, 2021, the park now challenged Ms. Briggs’ personal injuries claim with the wild allegation that she had caused the accident by purportedly disregarding ride safety instructions and entering the ride with an unfastened seat belt. With no remorse of any kind, the park dismissed Briggs’ claim as “bogus”, with suggestions that the accident had been orchestrated in order to blackmail the Park (whatever that means). RutaLand thought it had done such an excellent cover-up job, enough to suppress the truth so that Briggs’ claims could not, in the park’s view, pass the test of judicial scrutiny.

While Ms. Briggs is thankful to the Almighty God for sparing her life through this ordeal, despite its impact on her health and the devastating loss of her phone, she reiterates, for the umpteenth time, that she is a victim of the wanton negligence of RutaLand and cannot continue to suffer this injustice. Briggs repeatedly sought to have this matter resolved amicably but RutaLand’s management has remained adamant to date.

After being so thoroughly humiliated by Rutaland, Briggs has now by the special grace of God, and based on legal advice, filed a case against the amusement park before the High Court of Rivers State, Port Harcourt. She contends that the park was negligent in its operation by failing to perform adequate maintenance on the flying chair ride, thereby putting public safety at risk. She further asserts a claim for res ipsa loquitur, alleging that the circumstances surrounding the accident and the way it occurred would not normally occur without negligence. On this basis, she is asking the court to grant her reliefs, including the replacement of her phone and an award of damages against the park for wanton negligence.

See also  Gov. Wike a Bad Omen, Failure and a Mistake made By Rivers People ~ Jaja

Ms. Briggs is confident that she will at the end of the day be granted justice that would, hopefully, stop any future recurrence of such a preventable catastrophe.