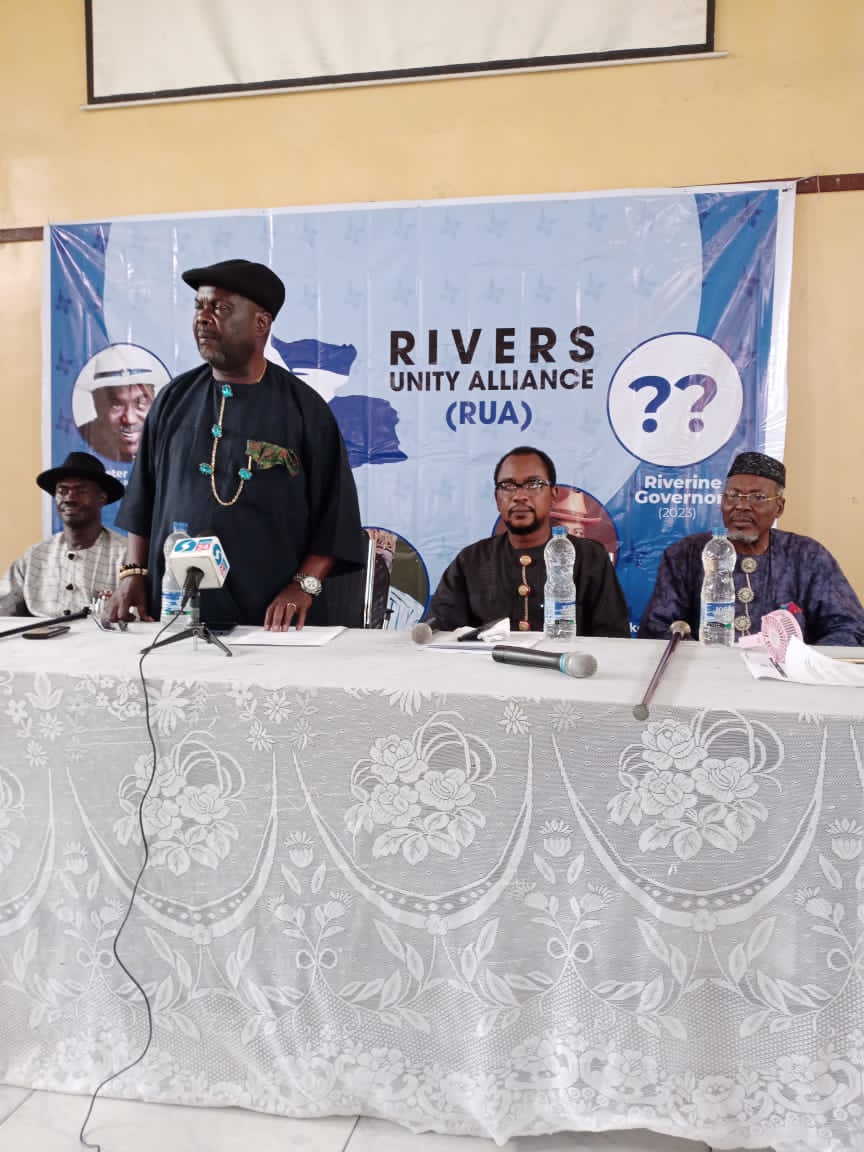 As hustling for the 2023 general election hots up, a renewed case has been made for a Rivers’ governor of riverine extraction.

Addresing a world press conference in Port Harcourt, Rivers State capital, on Monday, _Rivers Unity Alliance_ , a coalition of over 40 Community Based Oganisations, CBOs, in collaboration with Chiefs, elders and opinion leaders in the South South, said their call was imperative to protect the age-long harmonious and reciprocal relationship which it noted, birthed the politics of inclusion in Rivers State. 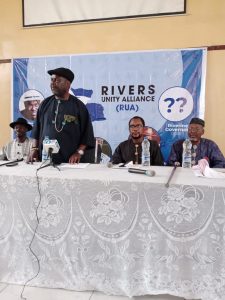 Speaking through its Co-ordinator, Charles Inko-Tariah, the Coalition explained that Rivers State, with a population of about seven million people, and land mass of over eleven thousand square kilometers, was divided along riverine and upland dichotomies, “by default”.

The group, which said its “PROJECT 2023 RIVERINE GOVERNOR”, was meant to interface with relevant stakeholders across all the political parties and interest groups, stated that statistics show that about sixty percent of the total land mass of Rivers State is occupied by water. Accordingly, they argued, communities along the waterways fall under the riverine delineation, while communities within the northern part of the state come under the upland. “Since the inception of Rivers State, political activities and sharing of positions have always been considered, using the above divide”, the body further argued. 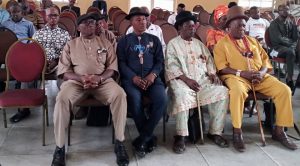 Drawing an analogy from Nigeria’s federal character principle, where power and leadership positions are distributed along regional lines, even as the country seriously yearns for power shift to the South, the group canvassed that it would satisfy natural justice in the case of Rivers for the governorship to be zoned to the riverine area. Doing so, it said, would “create balance and promote equity, justice and fairness in the political claim.”

See also  Wike Vs Umahi: You Have No State To Reclaim, Eze Blasts Wike

It recalled that for about 24 years, and in consecutive order, from 1999 to 2023, the upland section of the state would have produced three governors being Dr. Peter Odili, from 1999 to 2007; Rt. Hon. Chibuike Amaechi, 2007 to 2015; and the incumbent, Governor Nyesom Wike, 2015 to date. It decried the obvious lopsidedness situation, saying the group was out to bring it to an end. “So, we are sincerely calling on the political parties and stakeholders to pick their governorship candidates from the riverine extraction in the build up to the 2023 general elections.”

While it called on competent riverine sons and daughters to throw their hat into the ring, it said it was only golden and patrotic that Rivers politicians collectively uphold this age-long sharing formula between the upland and the riverine areas.

“Accordingly, we are putting together a project team to interface with relevant stakeholders across all the political leaders and interest groups to actualize the “PROJECT 2023 RIVERINE GOVERNOR” even as it promised to keep the public abreast of their activities in pursuit of the agenda.