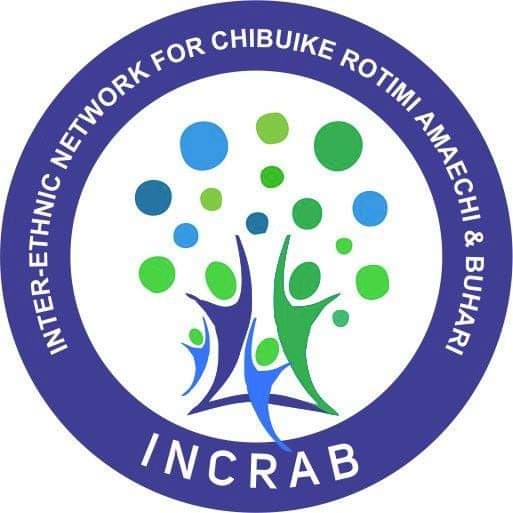 2023: IN SEARCH OF THE NEXT NIGERIAN FIRST LADY

Although, the concept of the office of the “First Lady” is yet to gain constitutional backing, it has had a tremendous and phenomenal impact in the Nigerian political space.

Nigeria has had several First Ladies since independence, from Mrs. Flora Ogbenyeanu Azikiwe, the wife of the First President of Nigeria, Nnamdi Azikiwe to Hajia Aisha Buhari, wife of the incumbent President Buhari, however, the office of the First Lady did not gain sufficient limelight until Babangida’s military regime when his wife Mrs. Maryam Babangida used her position as wife of the military Head of State to champion feminist advocacy and gender mainstreaming through her pet project known as Better Life Program for Rural Women in 1987.

Mrs. Maryam Babangida’s Better life program for rural women opened up the opportunity for successive First Ladies to use the office of the First Lady to play prominent roles towards gapclosing the sharp divide between the male and female folks in political leadership as well as the pursuit of gender mainstreaming to negotiate the corridor of power for women.

Today, even though the office of the First Lady is yet to be officially recognized, most First Ladies apart from wielding enormous power and influence have gone ahead to bring lasting reforms in targeted areas through their various pet projects and empowerment schemes. The lives of many women, youths and children have been transformed through one of their many programs.

From Mrs. Maryam Abacha’s Family Support Programme, FSP, to Justice Fati Abubakar’s Women’s Right Advancement and Protection program, WRAPA, to Mrs. Stella Obasanjo’s Child Care Trust, CCT, which particularly targeted physically challenged women and children, to Mrs Turai Yar’Adua’s Women and Youth Empowerment Foundation, WAYEF, to Mrs. Patience Jonathan’s Areuera Reachout Foundation which targeted the provision of training for women, medical support and assistance to people with heart conditions, to Mrs. Aisha Buhari’s Future Assured initiative an NGO that advocates for the well-being of women, children and adolescents in Nigeria; all the programs of the various First Ladies are aimed at impacting a targeted portion of society as a way of complimenting the efforts of their male counterparts.

With the 2023 general elections by the corner, several Nigerians are not just only concerned about the office of the President, they are also interested in the would-be First Lady and what she brings to the table through her pet projects and other interventionist programmes aimed at improving a particular section of the society.

But beyond these pet projects and laudable interventions championed by Nigeria’s amiable First Ladies, Nigerians would look forward to a First Lady who is not merely compelled to pursue a pet project as a norm but one who is passionate about transforming society and reaching out to the needy. A First Lady who has vast reach and experience in piloting interventionist programmes that have changed stories and put smiles on the faces of hopeless Nigerians.

Dame Judith Chibuike Amaechi, has over the years dedicated her life towards the upliftment of the poor, championing the welfare and betterment of women, promoting the education of the girl-child; giving hope to the hopeless and empowering of the youth with the right skills to earn a living through her Empowerment Support Initiative, ESI, scheme.

Before becoming the First Lady of Rivers State in October 2007, Dame Judith Amaechi had always demonstrated an unusually high level of commitment and genuine concern towards the betterment of women, youth and children in the State and the society at large.

Shortly after she became the First Lady, her burning passion for a society where women, youths and children with very humble background would be given a place of respect and a sense of belonging spurred her to set up the Empowerment Support Initiative, ESI, her pet project, in October 16, 2008, through which she objectified her goals and desires for the poor and helpless Rivers women and Children.

She sponsored the Child/Women right act at the State Legislative Chambers to enhance the prospects of women in the society. Beyond that, she contributed immensely towards the inclusion of women in elective and appointive political offices. Between 2011 – 2015, her efforts in this regard became more visible as Rivers State produced more female elective and appointive officers who served in the three tiers of government.

The ESI, a Non-Governmental Organisation was basically targeted at providing practical aid and support to vulnerable women, children and others who were impoverished and alienated from socially and economically beneficial programmes of the government. It focused on empowering the downtrodden in the society through skills acquisition, special programmes and technical assistance. It also provided medical assistance and adequate orientation to members of the society on life-threatening diseases like HIV/AIDS and Cancer of the breast. The Initiative generally improved the lives and status of women, children and youths it engaged through its numerous programmes.

Through the ESI scheme, Dame Judith Amaechi recorded several milestones in different areas of human endeavour. She initiated the Ladies Cabbies Programme in partnership with Skye Bank Plc, where women were given brand new cabs after acquiring driving skills to engage in commercial transportation. The Cabbies programme was the first of its kind in the history of Rivers State and it was such a delight to behold Women cab drivers within the City centre and beyond. This was long before the advent of the now popular Uber and Bolt e-hailing commercial transport that allows women to also engage in commercial transportation.

Also, under the ESI Workshop programmes, numerous women and youths drawn from the 319 Wards in Rivers State were engaged in skills acquisition in key areas of need. Dame Judith Amaechi engaged the services of experts who trained the participants on soap making technology, tailoring, electronics repairs, plumbing, painting, making of confectioneries, carpentry, upholstery, and several others. Through these skills programmes, indigent persons were empowered with the relevant skills and tools to become self-reliant and economically independent.

Through sheer ingenuity and creativity, Dame Judith Amaechi became the first ever First Lady in Rivers State to initiate and sustain a free nursery educational programmes in virtually all the 23 LGAs in the State. The programme which began with makeshift classrooms soon transformed into beautiful and well-equipped classrooms with presence in most LGAs in the State. Surprisingly, most of these Model Nursery Schools are still functional with the burden of staff emoluments and other running costs borne by ESI years after the founder is no longer the Rivers State First Lady.

Dame Judith believes in starting early from the bottom to the top. For her, the children are the starting point for transforming society and as such they must be given adequate early training and education. The concept of the ESI nursery education was to infuse good moral education in the children at such tender age thereby, laying a very strong foundation for them to thrive and become the pillars of the society in the future. The ESI nursery schools, though with standard structures and highly qualified teachers were never for the elites, it was strictly for the less privileged and rural children without hope of formal education.

Dame Judith did not limit her projects to skills acquisition and nursery education, she dared to venture into Agricultural programmes and empowerment, another feat that placed her on the pedestal as a First Lady. She recorded another eminent and extraordinary milestone with her Agricultural Wealth Empowerment Programme -AWEP, a programme which aimed at equipping rural farmers with the requisite skills and trainings to boost food production and farm produce across various communities in the State. The AWEP programme was in partnership with the graduate school of management of the Rivers State University of Science and Technology. The programme trained and empowered 2000 Rivers Women.

A lover of God and a devout christian, Dame Judith does not fail to put God first in all her engagements. She singlehandedly pioneered the establishment of a formidable spiritual army, the El-Maddon Fellowship, that fasted and interceded in prayers to God for the success of her husband’s government and progress of the State. Their regular intercessions no doubt, was instrumental to the success the government and the sustained peace, harmony and goodwill that pervaded the State within that period.

As we engage the various Presidential Aspirants across political divides, there’s need to begin the search for the next Nigeria First Lady who can improve on the commendable efforts of other past First Ladies and compliment the efforts of Mr. President.