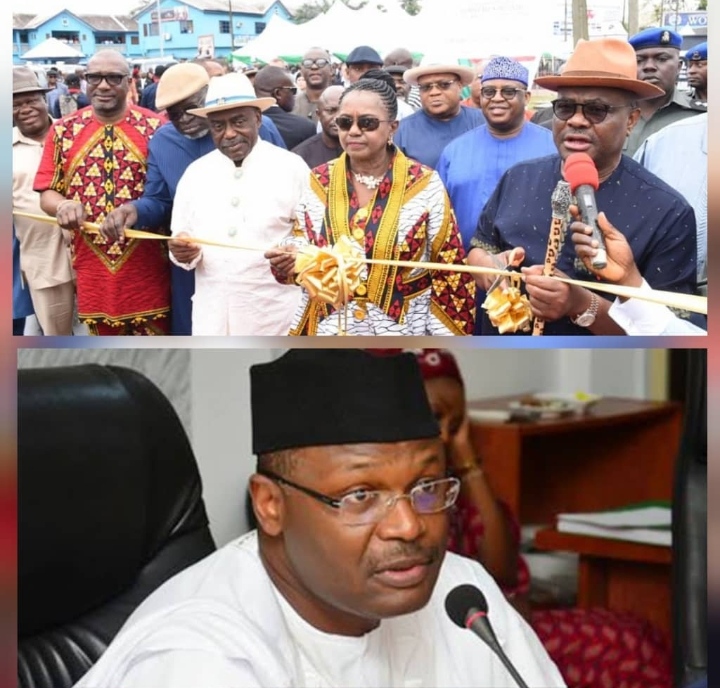 “2023: HAS WIKE FLAGGED OFF HIS CAMPAIGNS IN THE GUISE OF PROJECT COMMISSIONING? ….Eze raises the alarm…Charges INEC to caution, penalise Rivers Governor for Turning Project Commissioning To Unlawful Campaign Rallies

“Although the battle for 2023 has continued to rage in some mild ways with massive defections of party members who feel some sense of dissatisfaction over the affairs of their political organizations and similar stuff, however, the standing interdict on political campaigns is yet to be lifted to allow for the official commencement of formal electioneering processes by political parties and interested individuals. Until that embargo is eased by the relevant organ, every action done in furtherance of the 2023 elections is obvious lawlessness.

Individuals are free to exercise their right to political associations as expressly provided in the constitution (Section 40), as such right is core to any society, but the right to hold political rallies when the ban on such activities is still very much in force is a manifest disregard for the law regulating political and electoral concerns.

Section 99 of the Electoral Act frowns at the Wike’s infractions and in fact, the Governor may be incurring huge liabilities for himself or the People’s Democratic Party.

That section of the Electoral Act provides thus; “(1) For the purpose of this Act, the period of campaigning in public by every political party shall commence 90 days before polling day and end 24 hours prior to that day.”
Offender is liable upon conviction to a maximum fine of N500,000.00.”

The above is an excerpt from a statement made available to the media by the erstwhile National Publicity Secretary of the defunct New People’s Democratic Party (nPDP) and chieftain of the All Progressives Congress, Chief Eze Chukwuemeka Eze, in reaction to the serial contradiction of the letters of the electoral law by the Gov. of Rivers State, Nyesom Wike.

Chief Eze who accused Gov. Wike of turning every public engagement where he is favoured with the rare privilege of addressing an audience into a political rally, said such ill conduct is a tincture of unschooled brawl and smacks of lawlessness.

In his words, “May 2019 ended long ago but Wike has carried on with rallies round the state inviting national figures and using the avenue to speak ill of President Mohammadu Buhari and the ruling All Progressives Congress.”

Gov. Wike pays heavily for live coverage, thus he talks to Nigerians almost on daily basis, attacking and making caricature of the President, insulting Nigeria’s Transportation Minister, Rt. Hon. Chibuike Amaechi and robbing the APC in the mud for no just cause, with public funds.

At each event, Eze said Wike conscientiously devotes a sizable chunk of his airtime on political campaign and a sentence or two of less than a minute, on the mean project for which he had put together the expensive event.

At several occasions and recently too, Wike incited Nigerians against the President Buhari-led federal government, and asked the masses to vote out the All Progressives Congress whereas, 2023 is still a bit far and the embargo on political activities has not yet been lifted.

The party chief called on the Independent National Electoral Commission to address Gov. Wike’s disdainful attitude towards the provisions of the electoral act to avoid the difficult situation that may arise from a looming floodgate of reluctantly deprecatory actions against the provisions of the law.